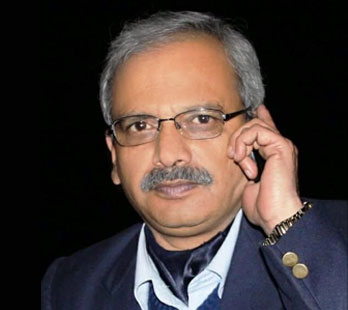 We don’t preach, we teach, because at IMPACT, it is the student who matters. When we say ‘we make a difference’, we do. Ask our students and see our results. We claim to be one of the best because of the inherent strength of IMPACT – and we have the results to show!

Lieutenant Colonel Piyush Bahuguna (Retired), was commissioned into the Corps of Engineers in Jun 1983 and joined the Bengal Sappers. While in service, he had the opportunity to serve in more than one Engineer Regiment, besides serving in myriad staff appointments. He has participated in numerous operations, with their own interesting stories, which, for obvious reasons, will remain untold. He obtained his BTech (Mechanical) degree from the College of Military Engineering and while in service, also trained as a Psychologist.

After 20 years of meritorious service, he left a checkered Army career to translate his vision of a focused Training Institution “with a difference” into reality. In 2003, he established IMPACT Coaching & Educational Services Private Limited and adopted a mission to motivate and train young boys and girls for a career in the defence services.

From 2003 to 2010, he also ventured into the field of training CAT aspirants. He was also a visiting faculty at Career Launcher in this phase. Due to his close interaction and association with reputed management institutes, Col Bahuguna was also invited to a number of top institutes and companies, in the period 2006 to 2011, to give lectures on Comn skills and Leadership and Motivation.

He has delivered talks in numerous prestigious institutes and companies, including IIM, Indore, IIM, Lucknow, MDI, Infosys, Wipro, Esys, Satnam Singh and Co. He has also delivered special lectures on Special talks on ‘Gita as a Source of Management’ at IIM, Lucknow and Wipro and conducted Psychometric Analysis of students of IIM, Indore in 2012.

His complete attention and focus is now channelled towards his original goal of motivating and training young boys and girls for a career as officers in the defence services. Today,he leads IMPACT, which has risen in prestige to be widely considered as one of the most student friendly, balanced and comprehensive institutes that has seen tremendous academic growth and success.

Happy to help you:)